For quite some time now, the term “fake news” has been the buzzword and everyone seems to be anxious about it. We often see high government officials speaking emphatically about how bad “gujob” (rumour) or fake news is for the society and how it should be eliminated for the sake of people and the country. Journalists, civil society members and rights advocates regularly express their concern about growing online misinformation and warn people and the government about its grave consequences in a society where minorities are frequently at the receiving end of violence ignited by fake news. And the common people themselves are no less worried about this evil. Social media is swamped with users expressing their disgust at those who spread fake news for their personal agenda.

So everyone seems to be on the same page and wants to fight fake news for the common good. Despite this perceived consensus, the menace of fake news is not declining, rather it is on the rise. Why?

After intensive research for two years trying to learn about fake news and misinformation and simultaneously fighting against them, I have tried to find some answers to the “why”.

There are three forms of indifference that have helped in the spread and success of fake news.

People in general tend to believe things that confirm their prejudices no matter how bizarre they are. This is where the problem begins. In the era of social media, which breaks the traditional notion of gatekeeping in the flow of information, one has to be much more cautious in relying on content found online. People need to be their own gatekeepers. They should control their predispositions and take time to verify a claim or information from random online sources before passing it on. But this is not happening in most cases.

An MIT research on people’s behaviour on twitter last year concluded: “We have a very strong conclusion that the spread of falsity is outpacing the truth because human beings are more likely to retweet false than true news.”

Working as a fact-checker for more than two and a half years, I found numerous cases where people with advanced academic backgrounds did not bother to take down their social media posts despite being notified, with evidence, that those were fake news stories. This indifference among the public to get rid of political, ideological, religious and other prejudices is playing a big part in keeping the fake news industry booming.

Fostering critical thinking is key to tackling this problem. However, in Bangladeshi culture and education system, critical thinking is something not welcome at all. Students are brought up and taught, at home and in classrooms, not to ask questions, and sometimes questioning unusual things and practices could be deemed offensive here.

Indifference of the media:

The mainstream media is partly responsible for the current surge in misinformation. According to many studies, the media has been steadily losing its credibility due to its partisan role in crucial issues.

A recent Gallup survey said, “Americans remain largely mistrustful of the mass media as 41 percent currently have ‘a great deal’ or ‘fair amount’ of trust in newspapers, television and radio to report the news ‘fully, accurately and fairly.’” In the case of Bangladesh, there is no data available to say anything about people’s trust in media. But if one takes the increasing shrinking of media freedom into consideration, it can be said that the situation is even worse here.

Gradually losing trust in the mainstream media, people have been in search of alternatives, and social media emerged as an option for them. With confirmation bias among the masses proliferating, unfiltered social media and purposefully erected “online portals” filled the vacuum that was created by the erosion of trust in mainstream media.

Increasing self-censorship in the Bangladeshi media landscape is a sign that the media itself is apathetic about regaining its trust. This plays into the hands of the peddlers of fake news. Moreover, there is no visible effort in the mainstream media to fight online misinformation, rather top news outlets fall for fake news on a daily basis leaving the readers bamboozled, which is further contributing to eroding trust in media.

We often hear government officials asking people not to fall for “gujob” or rumours—in other words, “fake news”—and sometimes issuing warnings to those who play with people’s ignorance and emotion.

There are lots of examples where the government appears to be a “fierce anti-fake news” actor. However, the reality says otherwise. In December 2018, Facebook and Twitter said they had “removed accounts and fake news pages linked to the Bangladesh government that had posted anti-opposition content,” days ahead of the national election. (Reuters)

Fact-checkers in the last two years debunked many fake news stories spread online by people linked to the government, and even sometimes ministers peddled misinformation targeting the opposition (the opposition groups too targeted the government and the ruling party). To put it precisely, the people in power are vocal against some sort of fake news, but they are evidently reluctant to fight the monster as a whole.

Such unresponsiveness from these three stakeholders— the general public, the media and the government—cannot help but embolden the epidemic of falsity in the digital sphere.

To combat the mis- and dis-information problem, some countries are trying to formulate new laws and some have already done so. But such laws can be used to aggravate the current fragile free speech situation in developing democracies. The best weapon is education. Media literacy and digital literacy are a must to combat fake news. Finland has recently topped a list of European countries deemed to be the most resilient against disinformation thanks to its increasing digital literacy initiatives. They are teaching digital literacy in classrooms. Quite recently, government schools in India’s Kerala state started a similar campaign. Bangladesh can and should follow such strategies, too.

Here are some preliminary tips for the readers about detecting fake news in online platforms:

Check the URL: Before clicking on a link in your newsfeed, check the URL first. It can be a “mimic” of a renowned news organisation just replacing one or two “characters”, which you may not spot at first sight. And if the name of the website is not familiar to you, google the name first to know what it is actually.

Know the publisher: After reading an article with “extraordinary” claims or information on a not “so-well-known” website, do not forget to verify what it is about. Is it a satirical publication? Or a blog? Or ideological propaganda website? Check the “About Us” section and take help from Google to know more about the publisher. “Who.is” can help you determine the owner of the domain.

Check the date: It’s a common mistake while reading online articles. Sometimes old stories resurface and can be taken out of context that amounts to misinformation.

Don’t be excited: After seeing a social media post containing extraordinary information that stunned you, control your emotion before clicking on the Share button. Simply google the keywords or names mentioned in the story to find “news” in a reliable news outlet.

Notice the Ads: If you notice any social media post, no matter what stunning information or photo it contains, asking people to “spread it”, be careful. Such promotional content often contains misinformation designed to attract people to their platforms.

Spelling is helpful: Grammatical and spelling mistakes in online articles are also indicators of non-professional work that cannot to be relied on.

Reverse Image Search: If a photo or video clip makes you confused about the claims it associated with, just use Google Reverse Image Search to come to a conclusion. You should enable the add-ons in your android handset or computer and follow through with the direction.

Fake news is now a global problem. But in societies like ours, this evil can do much more damage than anywhere else just because people here are less critical and more prone to believe any kind of campaign or propaganda. At a time when the reader him/herself has to play the role of gatekeeping in the ocean of unverified information about what to believe and what not to, fostering critical thinking is a must. The government has many things to do in this regard. And the people should equip themselves with adequate media literacy and digital education to save themselves from falling prey to fake news.

***Note: This piece was first published in The Daily Star/The Wire/The Scroll 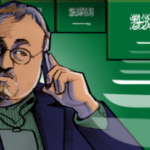 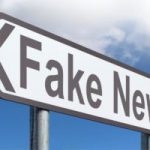 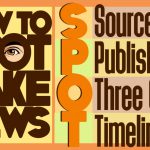 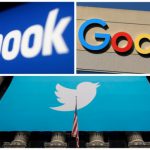